Flying Irish Greyhounds (FIG) is a registered nonprofit Irish charity, devoted to placing greyhounds in loving adoptive homes. We hope one day every Irish greyhound will have the opportunity to live as a cherished pet.

Flying Irish Greyhounds (FIG) was founded June 1st, 2014 to increase the number of adoptive homes available to Irish greyhounds. In 2014 fewer than 1000 ex-racing greyhounds ​were​ rehomed from Ireland to the UK and Europe​ and fewer than 100 were adopted within Ireland.

In January 2014, Greyhound Pets, Inc. in Seattle (Washington) saw a photo of our blue brindle lurcher Nicky and expressed an interest in rehoming Irish greyhounds. To make it all possible, an airline offered our greyhounds free travel and the idea of ‘Flying Irish Greyhounds’ was born.

In January 2017, FIG started their ‘Greyhounds as Pets’ greet n meet days to increase Irish adoptions. Greet n Meet days are held at various pet shops for people to meet a greyhound ‘up close’ and to witness what gentle, beautiful dogs they are. 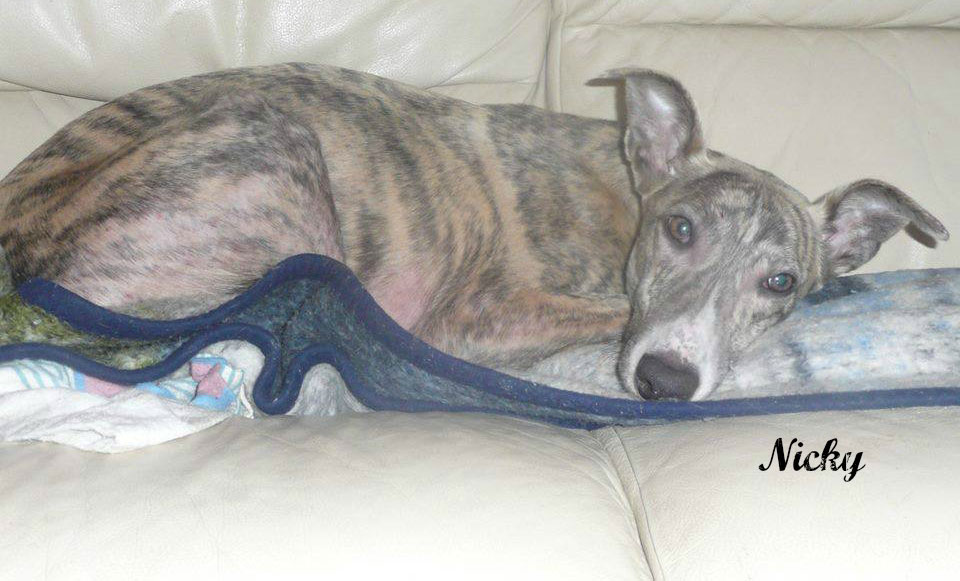